This time of the year is always a bit boring when it comes to new technology announcements.  Especially this year when Apple has decided to postpone the introduction of the new iPhone all the way to autumn. This of course is not hugely surprising considering that iPhone 4 is selling very well and the white “face lift” model has just been introduced. Strategically Apple can now fully concentrate on promoting the new iPad as there is no new iPhone to steal its thunder.

Google seems to be doing much the same. They are improving their Android Operating System with neat little improvements and add-ons, but without any radical changes. Android on smartphones is overall doing very well. This has given Google time to concentrate on another project – Android for tablets. Motorola’s Xoom tablet was the first device to sport Google’s brand new Android 3.0 Honeycomb operating system, which is available only for tablets. Although Xoom has been a huge flop Honeycomb has received a lot of positive feedback. Still it’s no iPad killer, at least not yet.

Everyone seems to be making tablets. Whether it’s running on their own platform (e.g. Apple iPad, RIM Playbook) or Android. The only big manufacturer who has not entered the party is Nokia. Which, if you think of it, is interesting as Nokia is one of the companies who pioneered Internet connected mobile tablet computers already over half decade ago. It seems that Nokia was ahead of its time in 2005 with the Nokia 770.

Nokia CEO Stephen Elop put it well in an interview when he said:

There are now over 200 different tablets on the marketplace. Only one of them is doing really well. And my challenge to the team is: I don’t want to be the 201st tablet on the market that you can’t tell from all of the others.

Although the market is flooded with tablets only Apple’s iPad is selling very well. Why? It’s clearly not because of the hardware as e.g. Xoom is a lot more powerful. Or because of the openness or versatility of the OS as Android offers much more. And it’s not just about the apps either because Android has mostly the same apps. What it is about is simplicity.

The iPad is aesthetically pleasing to pick up and use. Xoom is not. Where iOS is elegant, fun and easy to operate Honeycomb isn’t. Apple has a strong and inspiring brand, RIM does not. These are all factors that are very hard for any competitor to replicate and exactly why the iPad is so great.

So, what can Nokia do? We all know that Nokia’s current situation in smartphones is not exactly rosy. However, this does not mean that the situation in tablet market could not be. In many ways Nokia has what it takes to challenge the iPad. Nokia knows how to make beautiful devices. Nokia has probably the best engineers in the business so things like hardware design and battery life are always top notch. And at the end of the day Nokia is still one of the biggest brands in the world. The really big question however is what operating system would Nokia choose to use for its forthcoming tablet.

According to Elop Nokia has a number of options in the tablet computing space given their changing strategy.

For example, we could take advantage of Microsoft technology and software and build a Windows-oriented tablet, or we could do things with some of the other software assets that we have.

Our team right now is assessing what’s the right tablet strategy for Nokia—how does that fit in? …

We have to take a uniquely Nokia perspective, and so the teams are working very hard on something that would be differentiating relative to everything else that’s going on in the market.

What could the uniquely Nokia perspective be? To start shipping six months after the announcement? I think Nokia should concentrate on few key points.

Overall this device should not be so much about entertainment but rather about connectivity. A new style of device that in a way would merge smartphones and tablets and create something completely new. I think this is the “future eruption” that Elop has been talking about. Nokia has the key elements to create the next eruption. Therefore I think they should go this one alone and not bother with Microsoft, that still hasn’t realized that Windows is not for tablets.

Nokia is all about Connecting People and in my opinion that’s what they should concentrate on. 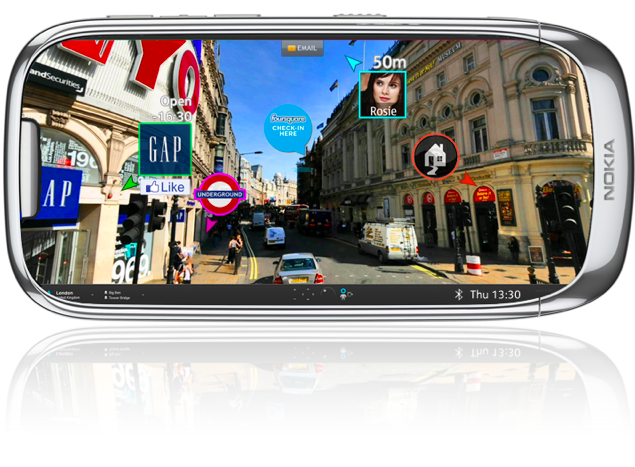