Device Manufacturers As Mobile Operators – A Necessity Or A Recipe For Disaster?

Microsoft’s mobile strategy – Part 1: Does it exist and if so, how is it doing?
04 January 2011
Nokia needs to be exciting and more aggressive in the future
28 January 2011
Tech
Device Manufacturers As Mobile Operators – A Necessity Or A Recipe For Disaster?
21/01/2011 by Ville Aho in Tech 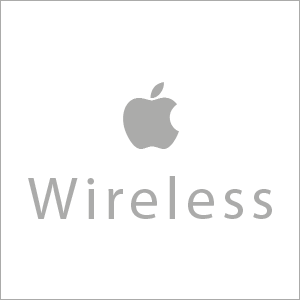 The mobile industry as a whole is going through an interesting time of change. It used to be so that in order to make a phone call you needed to purchase a cell phone from one place and to sign up for a contract at another. Nowadays phones are usually sold through carriers, together with 2-year contracts. Often the phones themselves are operator branded. In some extreme cases the operator branding is the only branding. Such as the Orange’s San Francisco, a rebranded ZTE Blade Android phone. This kind of an approach seems to be gaining popularity and the customers seem to be totally fine with it. This poses a question: If operators can offer devices without manufacturer’s branding could manufacturers do the same and offer wireless contracts without operator branding? Better yet, could device manufacturers offer wireless contracts in their own names for example by establishing virtual networks? Is Apple Wireless the inevitable future or the worst idea since bottled water?

Lets approach this question from the perspective of two exquisite, yet somewhat different companies: Apple and Nokia. Lets start with Apple. Apple is an extraordinary company. There is only one company in the entire world that can create such controversial feelings among the general public. People either completely despise it or are head over heals in love with it. And lately it has increasingly been the latter option.

Apple is all about control. The company wants to be able to control everything from manufacturing to the buying experience and ultimately to the way the products are used. When Apple’s CEO Steve Jobs was asked what consumer and market research Apple had done to guide the iPad development he answered: “None” and continued “It isn’t the consumers’ job to know what they want.” I think that quote speaks volumes about Apple’s desire for full control. Yet, when it comes to the iPhone or the iPad 3G Apple is forced to share control with the operators. I’m sure that in an ideal situation Apple would also want to be in control of the operator side of its iPhone business as well. According to The Telegraph (1 Oct. 2010) “Apple is understood to want full control of the sale process and to limit sale of its devices to its own stores and website”, which seems like a very ‘Apple-ish’ thing to do, but not at all unlikely. Remember that in the USA, AT&T’s less than perfect coverage in some areas is for most customers the worst thing about the iPhone, and completely out of Apple’s control. This must be frustrating for a company that has accustomed to be totally in control.

So, if the current situation isn’t the ideal situation for Apple then how about the operators. They must be ecstatic as Apple’s iPhone is selling like hotcakes. You would think so but according to a 2009 report “global carriers are struggling with the costs of subsidizing the device. According to the research … conducted on the operators, not one of them have increased their market share, revenue, or their earnings as a result of introducing the iPhone.” According to the report some carriers have even been forced to sent out profit warnings due to the financial drain of subsidizing the iPhone. If neither party, Apple or the operators consider the current situation to be the ideal one – why not change the status quo?

Did Apple learn from Nokia’s mistakes?

For many Apple and Nokia might seem to be competitors, when in reality they really are not. Apple with its iPhone has created and is operating in a niche market, where as Nokia has a mass-market approach i.e. Apple is all about high margins and Nokia about market share. Both strategies have their pros and cons. However, market share driven approach seems to be more depended on good operator relationships. This would suggest that in Nokia’s case cutting out operators would be extremely difficult if not even impossible. A bad idea nevertheless. The Yoda of mobile and media, consultant Tomi Ahonen answers, when I asked him what he though about manufacturer e.g. Nokia or Apple opening their own wireless carrier, that “there are plenty of reasons to think that handset maker might want to be carrier’s and carrier’s to be handset makers”. Yet he agrees that historically operators have reacted strongly against handset maker’s attempts to enter their turf. He continues by saying that:

“We have plenty of examples of carriers moving into that space (e.g. Vodafone handsets) but when handset makers have tried to move into the operator/carrier business, [they] have been strongly rebuked. The best example is Nokia in 2003 when [they] launched N-Gage with independent app store for games bypassing the carrier. Carriers hated this [and] saw it as an unacceptable move by Nokia onto their ‘turf’ (combined with early Club Nokia). The problem is, that the carrier has total control of its own licensed spectrum. The carriers will not want handset makers ‘muscling’ into their business and insist handset makers remain handset makers. So with Nokia the carriers punished Nokia severely (massive market share drop 2004-2005, especially in Europe) until Nokia reversed its position, withdrew N-Gage and relaunched Club Nokia through operators.”

Ahonen concludes by saying that: “I would be tempted to say it therefore cannot be done, but Apple specifically is legendary for changing the rules. If it were LG or Nokia or SonyEricsson or Samsung or HTC or Motorola, I’d say no, cannot be done. Apple? Just maybe. The big problem in Apple’s case is obviously that Apple is NOTHING like mass market enough to pull it off in scale.”

A while back some analysts where spreading a rumour from a “reliable source” that due to Nokia’s non-existent market presence in the USA the company was in fact seriously exploring the option of launching its own mobile operator in the US market. Not an impossible scenario considering Nokia’s current situation in the marketplace. Nokia if anyone would have the muscle and know-how to pull something like this off, together with Nokia Siemens Networks of course. Yet, I would consider this move to be highly unlikely. Even if Nokia succeeded in capturing market share and that is a big if, would it be worth the effort? Could they ever recover the initial costs and how would it affect operator relations in other markets?

Should device manufacturers cut out operators and go straight to consumers by offering wireless carrier services of their own? This is a very interesting question. However, I don´t think there is a one single answer to this. At the end this is a very difficult and complex matter that involves many powerful companies, years of history, deep relationships and a fast moving industry that is in a state of flux. Yet, it is something that companies like Apple would most definitely like to do (one way or another) and companies like Nokia might need to do in order to survive. Still, it is important to recognize the importance of operators and their power over manufactures. Even Google, which seems to have the Midas touch had to back down from their original plan of making the Nexus One available only through their own website. At the end it might turn out that the mobile operators worried about companies such as Apple, Nokia and Google for nothing. When in fact they should have been worried about brisk start-ups such as Skype, ooVoo and the Internet in general.